Round Trip Morocco From Marrakech

We will start our trip towards Casablanca, where we will visit the Hassan II Mosque, the second largest mosque in Africa after Mecca. After the visit, we will drive to Rabat.

Once we reach Morocco’s capital city, we will visit the Kasbah of the Udayas, an ancient military fortress that was declared a World Heritage Site in 2012 by UNESCO. In this citadel, we can find the famous monumental door Bab el-Kébir, as well as one of the first palaces ever built by the Alaouite dynasty, which still reigns over Morocco. We will then visit the Hassan Tower.

On the esplanade, we will see a minaret and dozens of columns, which are the remains of an unfinished mosque. The Mausoleum of Mohammed V, the first king of independent Morocco, was also built on the unfinished mosque’s esplanade. He is buried in the mausoleum, as well as his son and successor Hassan II, father of the current king. Free time. Night at the hotel.

After breakfast, we will head towards Chefchaouen. Chefchaouen is located in the only intercontinental natural park, declared a Natural Biosphere Reserve. The oldest part of town stretches towards the top of the mountain and, at its highest point, we can find the Ras al-Ma springs. A citadel and a mosque with an octagonal base tower can be found at the Uta al-Hammam Square, the heart of the town.

The Grand Mosque of Chefchaouen is another one of the town’s landmarks. The new part of town has been erected underneath the old town.  Inhabited by wise, kind and respectful people, Chefchaouen offers beautiful urban landscapes, fine local handicrafts, and a state of peace and calm that is quite hard to find in our modern society. Night at the hotel.

After a delicious and fulfilling breakfast at the hotel, we will start our guided tour in the new part of the city, where we will discover the Royal Palace and the Jewish quarter (Mellah). We will also go to a viewpoint from where we will have an overview of the medina from the Southern Tower and the mosques. We will then wander around the medina, declared World Heritage Site by UNESCO. We will visit the Al-Karaouine University; the Nejjarine Fountain; and the Cherratine and Al-Attarine Madrasas, both decorated in an Arabic style and devoted to the study of religion.

We will soon notice that it’s a medieval city, where time has stopped on the Dar al-Magana’s clock 1200 years after its completion. The tour includes a visit to a ceramic workshop. Its labyrinth-like narrow streets are organized by unions: potters, dyers, tanners… The bustle of these people will make us travel back in time. Free time. Night at the hotel.

We will set off southwards to cross the Middle Atlas Mountains to reach Ifrane, also known as the “Moroccan Switzerland” because of its striking resemblance with that country. One of the animals that used to live there was the Atlas lion. That’s why it has become the city’s landmark and a stone statue has been dedicated to it. We will have time to take some pictures. We will then drive through the famous cedars forest and admire the great Cedre Gouraud, the largest ancient cedar in the region.

We will be able to feed the hundreds of wild monkeys that live in the area. After having lunch in Midelt, we will continue our trip through the open desert. We will witness how the landscape changes, revealing numerous sand tracks as we reach Errachidia. Our trip will continue through the magnificent Ziz Valley and the Tafilalet palm grove, famous for its dates crops. This palm grove spreads across more than 20 km, and it has more than 10 million palm trees, which makes it one of the biggest palm groves in the world. Arrival in Merzouga. Drop-off at the hotel. Free time. Night at the hotel.

After breakfast, we will hop on the 4WD to visit Khamlia, a small village founded by Malian slave descendants. We will attend a private Gnawa music concert while we sip on some welcome tea. We will then visit the kohl mines and drink some more tea with the nomads. Afterwards, we will visit Rissani, Morocco’s former capital. This traditional village was at the origin of the ruling family in Morocco, and the meeting point for trade caravans that came from as far as Timbuktu, in Mali. We will visit its bustling market and the Moulay Ali Cheriff mausoleum.

We will see many hooded men and veiled women there. After lunch, we will drive back to Merzouga for a quick rest. In the afternoon, we will ride the camels, guided by an experienced camel driver from the area. We will admire the astonishing sunset on the dunes before reaching the campsite for the night. We will have a typical Moroccan dinner, which includes a tagine and delicious mint tea. We will enjoy some drum music by the bonfire and observe the magnificent sky and the stars. Night in a haima.

Don’t forget to wake up at the crack of dawn to walk up the highest dune next to the campsite to enjoy the sunrise and the relaxing landscape that nature offers. After having a delicious breakfast, we will say goodbye to the desert and make our way to Erfoud, where we will visit the Tahiri Museum of Fossils and Minerals, before continuing our trip towards the Touroug and Tinejdad palm groves. An hour later, we will reach one of the most astonishing places in the south: the Todgha Gorge.

The Todgha’s riverbed has formed a series of breathtaking vertical limestone river canyons of great proportions, a unique place and a true paradise for climbers. You will be able to roam around and enjoy the gorge. In the afternoon, we will continue towards the Dades Valley, also known as the “Valley of Figs”, and take some pictures at the Monkey Fingers. Night at the hotel.

We will then resume our journey to Ait Benhaddou, where we will visit its world-famous kasbah, declared a World Heritage Site in 1986 by UNESCO. Some world-famous films and TV series, such as Gladiator, Asterix and Obelix, The Mummy, The Jewel of the Nile or Game of Thrones, have been shot at this studio. We will continue our trip to Marrakesh after visiting the kasbah.

We will drive through the Tizi n’Tichka mountain pass, which stands at an altitude of 2 260 m, the highest point of the country.  Throughout the trip, we will enjoy breathtaking scenery, and we will make several quick stops to take some pictures of the Berber villages that can be spotted in between the bends. We will arrive to Marrakesh in the afternoon. Drop-off at the hotel. Free time. Night at the hotel.

After the driver picks you up from the hotel, we will set off towards the coastal village of Essaouira, formerly known as Mogador. You will be able to wander around the medina’s narrow streets and its multiple craftsmen. Essaouira, also known as the “Windy City”, draws surfers from all over the world. Essaouira has lived under many different civilizations, including the Portuguese occupation, which signs most of its architecture.

However, Essaouira still is a small, but very charming, coastal village with plenty of history. Due to its size, its characteristic blue doors and its washed walls, it is also known as the “Jewel of the Atlantic”. You will be free to eat lunch wherever you want in the medina or the port, where you will be able to taste the delicious freshly caught fish and seafood. We will then drive to Marrakesh. Night at the hotel.

Free time to explore and discover the city until the agreed time for your transfer to the airport. Airport drop-off. End of our services.

Don’t forget to visit our other tour options from Marrakech! 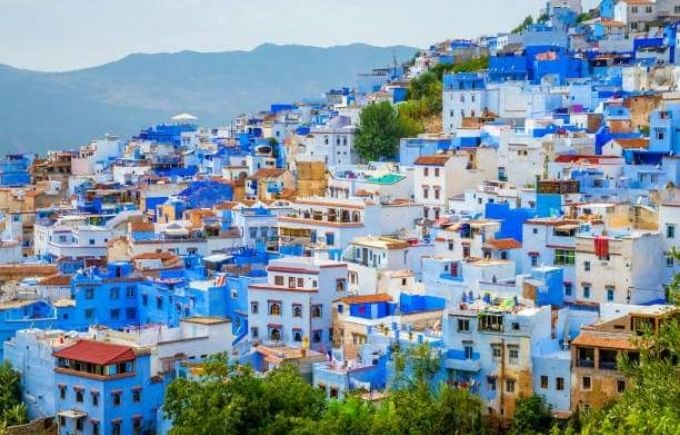