tour from tangier to marrakech

Big Tour from Tangier to Marrakech, Essaouira and Ouzoud Waterfalls

As soon as your plane lands, our driver will already be waiting for you at the airport to start our tour Tangier to Marrakech. Drop-off at the hotel. Free time. Night at the hotel.

Our guide will pick you up at the agreed time. We will make a quick stop where we will be able to see the beach through the main avenues of the new city. We will also stop and explore the Caves of Hercules and Cape Spartel, the northern end of the African continent. We will resume our trip to the small seaside town of Asilah.

The walls surrounding the town were built in the XV century by Afonso V of Portugal. We can still see several old cannons near the seaside area. Bab el Bhar, also known as “the sea gate”, as well as the squared Portuguese tower that overlooks the entire town, are located in the Sidi Ali Ben Hamdouche Square, the interior of which holds temporary exhibitions.

Near the seaside, we can find the Raissouni Palace, a Hispano-Moresque mansion, now a cultural palace and the seat of the cultural museum. The medina consists of neat white houses with colourful mural paintings. The street lighting is original, and the paved streets are masterpieces made by local artists. A Muslim graveyard with ceramic multicoloured tombstones stands out near the sea. There is also the Sidi Ahmed Ou Moussa mausoleum, Saadian who reconquered the town after the “Battle of Three Kings”.  Free time. Night at the hotel.

After breakfast, we will head towards Tetouan, also known as Morocco’s White Dove.  You will have free time to explore the city and then, we will head towards Chefchaouen.  Chefchaouen is located in the only intercontinental natural park, declared a Natural Biosphere Reserve. The oldest part of town stretches towards the top of the mountain and, at its highest point, we can find the Ras al-Ma springs.

We will leave the beautiful city of Chefchaouen behind, and we will make our way to Meknes. On our way to Fez, we will stop to explore and discover the Roman ruins of Volubilis. This Roman archaeological site, that spreads over 20 ha, contains a myriad of archaeological remains and monuments. This is quite astonishing if we consider that just half of it has been excavated for now.

most important remains are the Forum, a basilica from the II century and the Capitoline Temple, located on the highest point of the city, as Roman tradition requires; and the Arch of Caracalla, located on the Decumanus and built in 217 to thank the Emperor for expanding the Roman citizenship to every single inhabitant of the Empire.

Some thermal baths, oil presses, shops, as well as some houses, which follow the typical Roman design, have also been unearthed. Decorative mosaics have also been discovered in the residencies of the richest inhabitants. We will then have a panoramic view of the holy city of Moulay Idriss. We will arrive to Meknes in the afternoon. Free time. Night at the hotel.

After breakfast, we will explore the smallest of all the Imperial cities. We will visit the fortified medina, the astonishing Bab Masour gate, the el-Hedim Square and the Sultan Moulay Ismail’s stables and barns in the city that carries the name of this Great Sultan of the Alaouite Dynasty. After the visit, we will drive to Fez. Free time. Night at the hotel.

After a delicious and fulfilling breakfast at the hotel, we will start our guided tour in the new part of the city, where we will discover the Royal Palace and the Jewish quarter (Mellah). We will also go to a viewpoint from where we will have an overview of the medina from the Southern Tower and the mosques.

We will then wander around the medina, declared World Heritage Site by UNESCO. We will visit the Al-Karaouine University; the Nejjarine Fountain; and the Cherratine and Al-Attarine Madrasas, both decorated in an Arabic style and devoted to the study of religion.

We will soon notice that it’s a medieval city, where time has stopped on the Dar al-Magana’s clock 1200 years after its completion. The tour includes a visit to a ceramic workshop. Its labyrinth-like narrow streets are organized by unions: potters, dyers, tanners… The bustle of these people will make us travel back in time. Free time. Night at the hotel.

We will have time to take some pictures. We will then drive through the famous cedars forest and admire the great Cedre Gouraud, the largest ancient cedar in the region. We will be able to feed the hundreds of wild monkeys that live in the area. After having lunch in Midelt, we will continue our trip through the open desert.

We will witness how the landscape changes, revealing numerous sand tracks as we reach Errachidia. Our trip will continue through the magnificent Ziz Valley and the Tafilalet palm grove, famous for its dates crops. This palm grove spreads across more than 20 km, and it has more than 10 million palm trees, which makes it one of the biggest palm groves in the world. Arrival in Merzouga. Drop-off at the hotel. Free time. Night at the hotel.

After breakfast, we will hop on the 4WD to visit Khamlia, a small village founded by Malian slave descendants. We will attend a private Gnawa music concert while we sip on some welcome tea. We will then visit the kohl mines and drink some more tea with the nomads.

Afterwards, we will visit Rissani, Morocco’s former capital. This traditional village was at the origin of the ruling family in Morocco, and the meeting point for trade caravans that came from as far as Timbuktu, in Mali. We will visit its bustling market and the Moulay Ali Cheriff mausoleum. We will see many hooded men and veiled women there. After lunch, we will drive back to Merzouga for a quick rest. In the afternoon, we will ride the camels, guided by an experienced camel driver from the area.

We will admire the astonishing sunset on the dunes before reaching the campsite for the night. We will have a typical Moroccan dinner, which includes a tagine and delicious mint tea. We will enjoy some drum music by the bonfire and observe the magnificent sky and the stars. Night in a haima.

We will then resume our journey to Ait Benhaddou, where we will visit its world-famous kasbah, declared a World Heritage Site in 1986 by UNESCO. Some world-famous films and TV series, such as Gladiator, Asterix and Obelix, The Mummy, The Jewel of the Nile or Game of Thrones, have been shot at this studio. We will continue our trip to Marrakesh after visiting the kasbah. We will drive through the Tizi n’Tichka mountain pass, which stands at an altitude of 2 260 m, the highest point of the country.

Throughout the trip, we will enjoy breathtaking scenery, and we will make several quick stops to take some pictures of the Berber villages that can be spotted in between the bends. We will arrive to Marrakesh in the afternoon. Drop-off at the hotel. Free time. Night at the hotel.

After the driver picks you up from the hotel, we will set off towards the coastal village of Essaouira, formerly known as Mogador. You will be able to wander around the medina’s narrow streets and its multiple craftsmen. Essaouira, also known as the “Windy City”, draws surfers from all over the world.

Essaouira has lived under many different civilizations, including the Portuguese occupation, which signs most of its architecture. However, Essaouira still is a small, but very charming, coastal village with plenty of history. Due to its size, its characteristic blue doors and its washed walls, it is also known as the “Jewel of the Atlantic”. You will be free to eat lunch wherever you want in the medina or the port, where you will be able to taste the delicious freshly caught fish and seafood. We will then drive to Marrakesh. Night at the hotel.

After breakfast, we will head to Azilal to start our trip towards the Ouzoud waterfalls, the most famous waterfalls in Morocco. These waterfalls are 100 m high and that is what gives strength to the El Abid river. You will be able to walk along the river and see the waterfalls from the different viewpoints, from where you will be able to appreciate the numerous caves formed by the waterfalls. Lunch on your own in one of the local restaurants. After the visit, we will drive back to Marrakesh. Night at the hotel.

Free time to explore and discover the city until the agreed time for your transfer to the airport. Airport drop-off. End of our services. 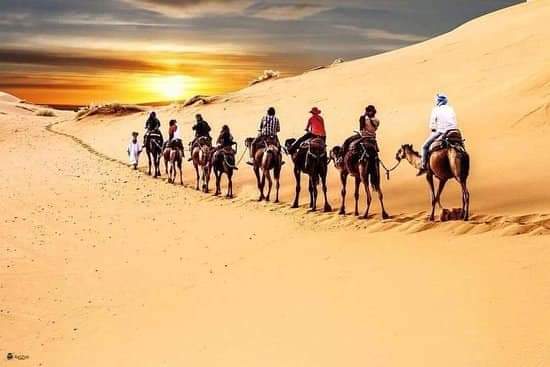